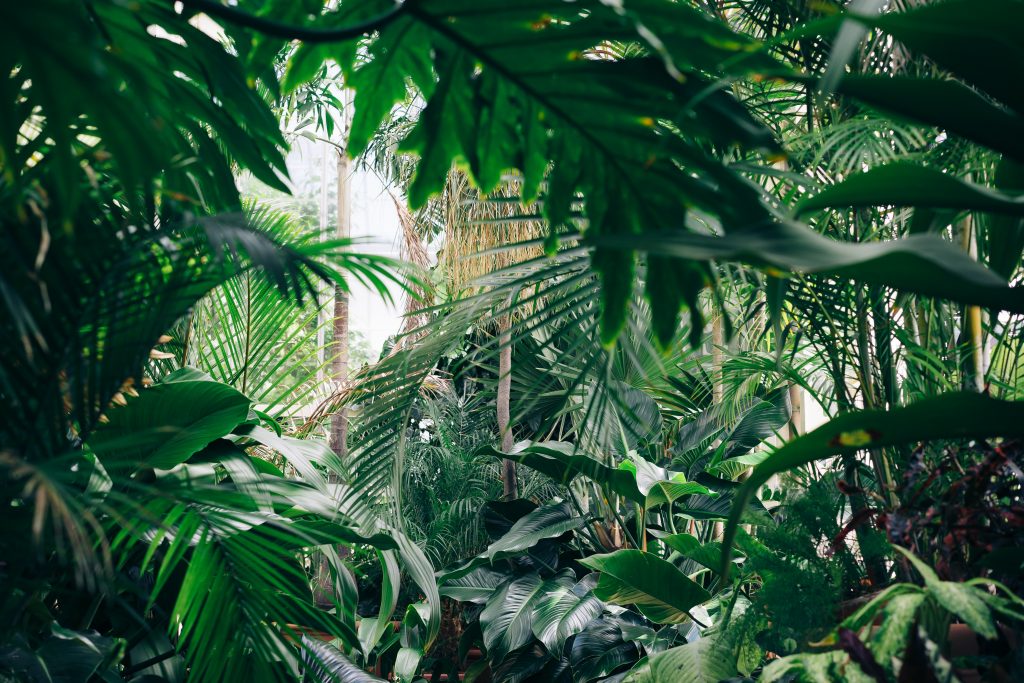 There is a huge movement towards natural remedies, organic ingredients and plant-based medicines, including medicinal mushrooms. Far too many stories have circulated over the years with scandals surrounding big pharmaceutical companies.  As this shift in consumer consciousness occurs it is critical to understand the complexities surrounding these medicines. Not to mention the rise in awareness of the health benefits of medicinal mushrooms.

About 8% of hospital admissions in the United States of America are due to adverse or side effects of synthetic drugs.  Approximately 100,000 people each year die due to these toxicities. It means that the killed people in the U.S. by pharmaceutical drugs are at least three times more than killed by drunken drivers. Each year also thousands of people die from supposedly “safe” over-the-counter drugs. Deaths or hospitalizations due to herbs and medicinal mushrooms however are so rare that they are hard to find. 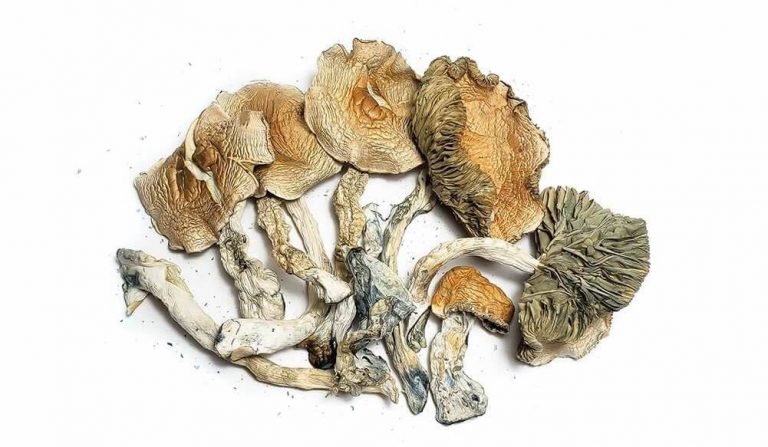 Truth be told, medicinal mushrooms and herb-based remedies are not good for their business. Medicines, both herbal and pharmaceutical, are a behemoth business. These days, Americans spend $500 billion per year on prescription drugs and $20 billion on herbs and other dietary supplements. When choosing the best remedy or preventive medicine, most of us simply want the safest, most effective option available, whether it’s food, herbs or a pharmaceutical drug.

Though herbal supplements are an attractive alternative to pharmaceuticals, the former actually receives less governmental regulation, so it’s important to be aware when evaluating these products.  Generally, plant-based/herbal options are perceived as more natural than drugs, and can have fewer side effects and generally cost less.

When it comes to natural remedies and medicine, mushrooms are one of the most beneficial and diverse options that nature offers.  Functional and medicinal mushrooms have long been touted for their myriad of health benefits, and the use of medicinal mushrooms dates back thousands of years. These extremely intelligent organisms have been utilized in Asia for thousands of years for their support in immunity and longevity. Due to such a large variety of species, mushrooms contain numerous healing abilities. Now, in recent times with functional medicine and nutrition gaining immense popularity, we’re seeing a resurgence of interest in these marvellous superfoods for their incredible ability to heal and support the human body.

The following is a list of some of the medicinal mushrooms we utilize in our products along with some interesting history. 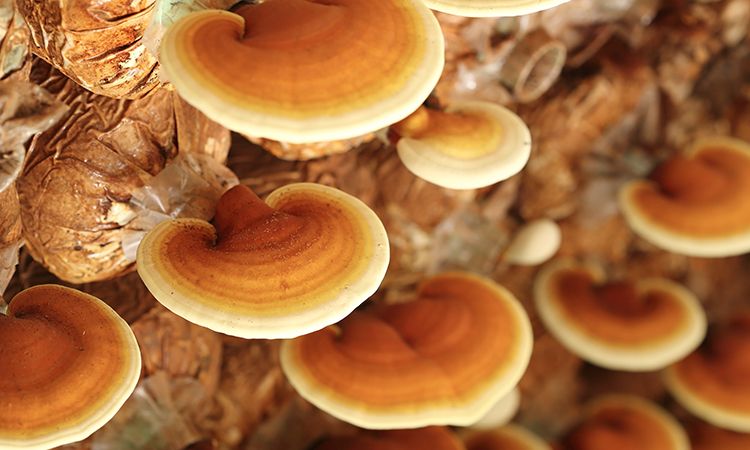 Reishi or lingzhi as it’s known in China is a medicinal mushroom that is just great for chilling out.  This traditional Chinese medicine has been used for over 2,000 years and signifies longevity and spirituality. In ancient scroll paintings, it’s often depicted as the “bridge between Earth and Heaven”. Other nicknames include “mushroom of immortality,” “mushroom of spiritual potency,” and “rule of herbs”.

As an adaptogen with the ability to support occasional stress and restful sleep, it’s an amazing nightly ritual to add to your wellness routine. 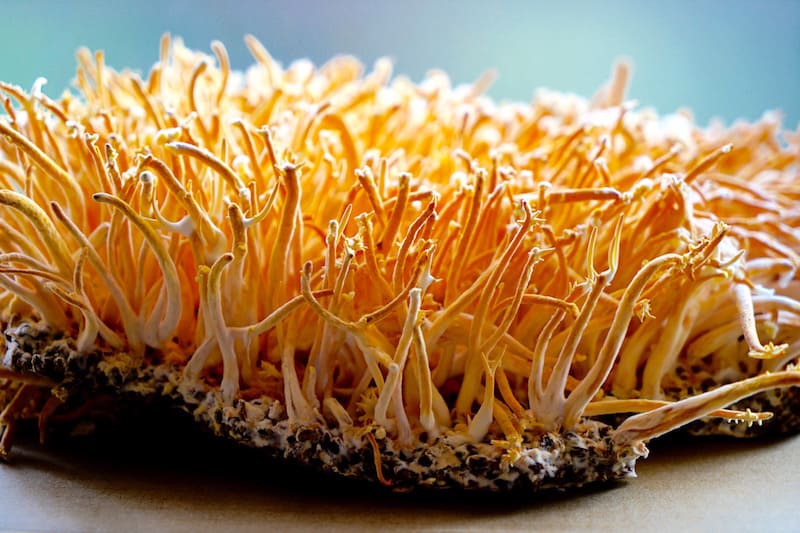 The wild cordyceps’ origin story reads like a science fiction novel. It begins its life as an endoparasitoid, meaning it grows as a parasite, typically on caterpillars. (The cordyceps we use are much friendlier; we don’t use caterpillars and our products are vegan-friendly.)

Used in traditional Chinese medicine for centuries, these wonder fungi have numerous health benefits.  Cordyceps are most commonly used for athletic performance, to support stamina and endurance. It helps you to move and get going. d 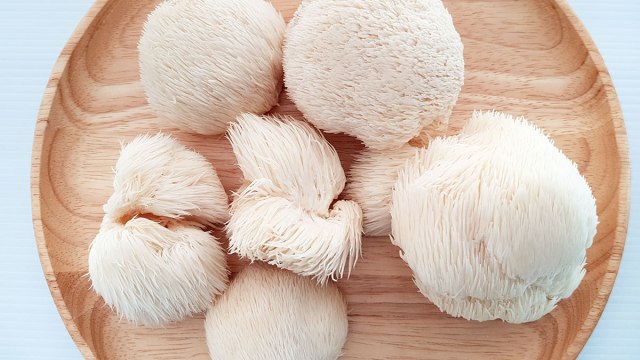 These medicinal mushrooms are beautiful!  Once you see lion’s mane mushrooms you’ll instantly understand where it got its name. Fluffy, bright white, and typically found growing on hardwood trees, this shaggy mane mushroom has a delicious meaty texture often used in cooking.

Benefits of lion’s mane extend far beyond your dinner plate! Known as your brain’s best friend, Lion’s Mane was long used by Buddhist monks to help focus during meditation. I love it for creativity and productivity during busy work days. 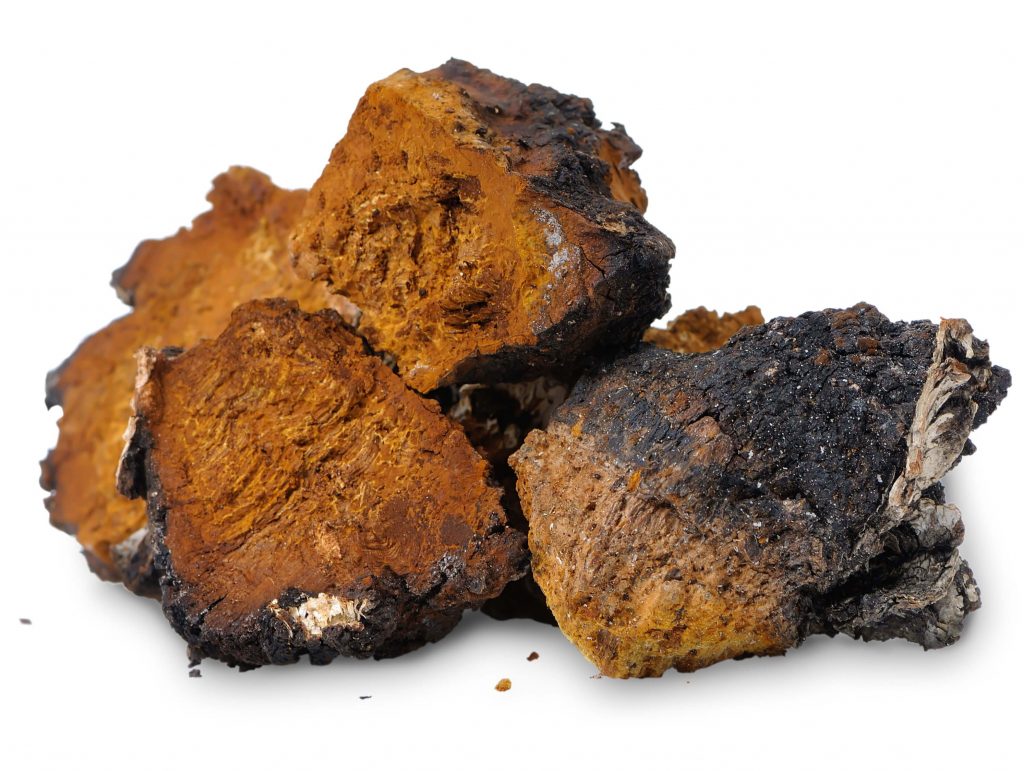 In the medicinal mushroom kingdom where warm and humid is the preferred climate of most fungi, Chaga is an outlier and grows in cold environments, like Siberia, North Korea, Canada, and some colder parts of the United States.

Chaga tea was the Finnish coffee substitute, due to coffee rations during WWII. The flavour and colour are very similar to medium roast coffee.

Chaga typically takes between 15 to 20 years to fully age. The more mature the Chaga the better.  Overflowing with antioxidant properties and beta-glucans, Chaga is often brewed as a tea to help support the immune system. It can also be ground into a powder and consumed that way for the same reason.

Looking like a fanned-out Turkey Tail with stripes of varying colours radiating out from the edges, this medicinal mushroom is a polypore, meaning the fruiting body grows on the underside of the mushroom. It grows on fallen and dead trees and is quite abundant worldwide.

This medicinal mushroom genie is best used as a tea because of its super chewy texture, although Turkey Tail can be eaten as-is (if you really wanted to). Additionally, the prebiotics and antioxidant properties in Turkey Tail help to support and guard your gut. 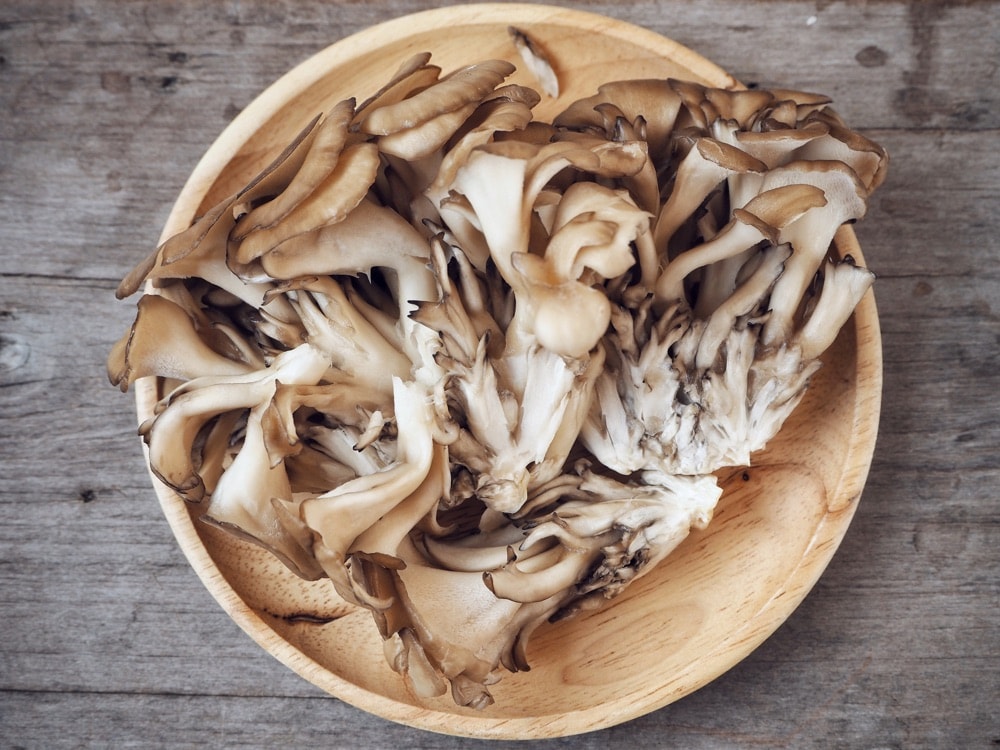 Maitake also is known as hen-of-the-woods, translates to “dancing mushroom” in Japanese. Apparently, it’s said that if you find it like a wild mushroom you start dancing for joy! But this pale gray medicinal mushroom is not just a delicious addition to your stir-fries. It has antioxidant properties, beta-glucans, and I use it between meals as my ninja fasting move. 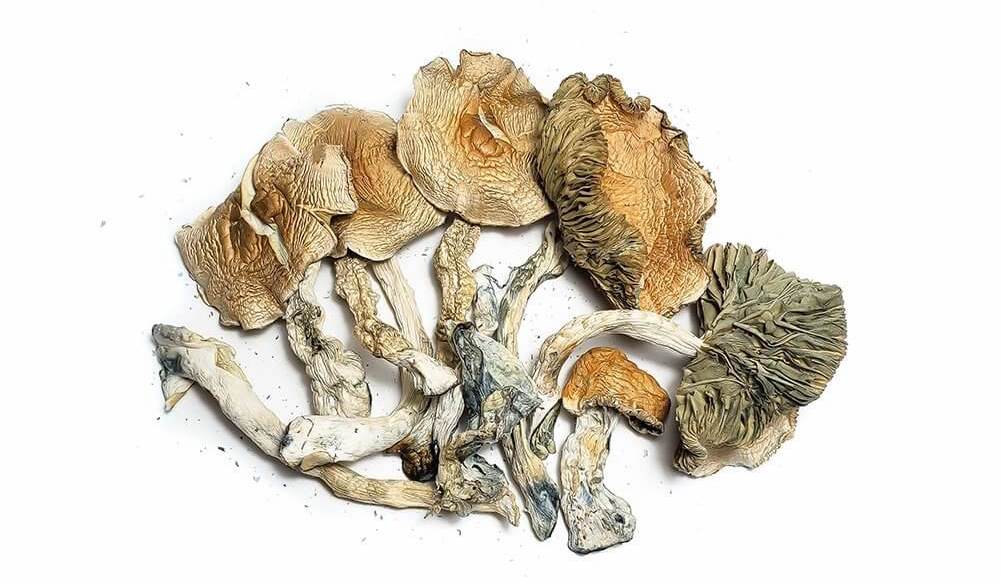 A spiritual classic that has been around for ages with shining yellow-gold caps and wise teachings is what gives this medicinal mushroom strain it’s the rightful name. When you consume them it gives you a feeling of enlightenment and connectedness to nature.  All this makes sense as it appears that their name also derives from their amazing ability to heal the mind and spirit.  Golden Teachers are psilocybin mushrooms which is the compound in this magic mushroom has the potential ability to connect areas of your brain that don’t normally communicate with each other, allowing them to work together cohesively.  Microdosing psilocybin is reaching the masses, which is evidenced by many of today’s top-performing athletes, celebrities, entrepreneurs and doctors speaking openly about the exciting potential of psilocybin medicinal mushrooms. Many recent microdosing studies reveal psilocybin’s ability to heal the body while also improving mood, cognition and creativity.

Hopefully, this gives you some clarity on what medicinal mushrooms can do for you and why they’re so beneficial.  When you’re looking for the best shrooms online check out Bright Future.

What is Microdosing? Frequently Asked Questions About Magic Mushrooms

The Rise of Mushroom Microdosing